But, isn’t that always the case? Nearly organised? Not quite, but nearly. The laundry is under control. The sitting room bears a semblance of tidiness. I’ve been to Parkrun for the first time in weeks and just poddled round. My trail shoes are falling to pieces despite only being 225 miles old (my street trainers, by comparison, are 300 miles old and still look pretty spiffy. They’ll need replacing in a couple of months, though).

Yesterday, Mum and I failed to buy her a Mother of the Bride outfit. Four hours, up Regent’s Street and up Oxford Street, with pauses for food and tea and coffee. It was exhausting. She’d started the day by breaking her handbag. In transferring everything into a new, overstuffed handbag, she set off the panic button on her phone. This caused the phone at my parents’ to ring. It also texted me, and texted Nick. Nick also phoned (I was just coming back from Parkrun, and I don’t take my phone with me to that). So, with multiple phones blaring, it got a bit ridiculous. Naturally, my father was no help at all, and didn’t answer any of the phones. With all that, she missed the tube..but got the next one and was still early to meet me. She greatly approves of Waterstone’s Piccadilly’s coffee shop as a meeting place. So much less frenetic than anywhere else. So much more civilised. And so much more organised than John Lewis (John Lewis really needs one more person serving on each of their counters in the top floor coffee shop. They always seem to be in a state of mild disorganisation and everyone always seems to be learning their role. I suspect that new partners begin there. The result is massive queues and a sense of achievement when one has finally managed to pay and acquire some milk. We sent the tea cups back. They were still tannin stained). Anyhow. We have rejected Hugo Boss, Precis Petite, Minuet, Hobbs (nearly, but not quite) and found a sewing pattern which wasn’t properly in stock. Still to be attempted are Camden Market where there’s a very pretty dress (possibly Vivien of Holloway, but actually not after a brief search. She’s coming again on Friday to peruse the market and take tea). There are very few short sleeved dresses around. Everything is sleeveless. Mum, at 77, no longer wishes to show off her arms at a formal occasion.

Otherwise, things continue much the same. N is painting his bungalow, which makes it a no-go area for me. I keep being at home and lonely, but the plus side is that Things are Getting Done. Knitting, tidiness, Brownie planning and the like.  I have had lovely parcels from overseas (pictures when I’m organised) and have danced out for St George’s Day (ditto).  I found a fabulous letter in the advice pages of Bust magazine, which I will reproduce here, but N’s using the iPhone charger, and I’ve got the magazine on my iPad, and my iPad has No Battery At All, so I can’t get at it right now. Suffice to say I wish I’d had it in January. It would have been kinder, even if the practical upshot had ended up much the same.  It is a lot easier not having such a dramatic drain on my emotional resources. I like the new normal.

I think I’m the only person in the world who feels sorry for Tom Archer (http://www.bbc.co.uk/thearchers). I know he’s behaved dreadfully to poor Kirsty. But I’m also one of the few people who knows how hard it is to break off an engagement, knowing that you don’t really love the person that you’re marrying, and knowing that it’s going to break their heart. The moment B asked me to marry him, 14 years ago, I knew the answer ought to be “no”. I didn’t have the courage to say that at the crucial moment. It took me eight months to pluck up the courage to say “actually, we shouldn’t be doing this” and I did it by phone, which was rather mean – but if I hadn’t have said it then, I’d have spent many more months feeling anxious and sick about it all, and we’d be divorced by now.  I’m getting far too sucked into the drama of the whole situation on the radio – I have to remember these are characters and not real people. However, I feel that he has done the right thing. Just in the worst possible way. He feels dreadful…and everyone in the soap is piling blame upon him.

It is time to go to a birthday party. There may be photos. There needs to be some makeup…

And I tell you, aside from day trips, and the usual mid-week journey to help look after N’s Dad (or, rather, sit at the dining table and let the lovely lovely carers in), I’m not going anywhere for a while. Enough is enough. And I have had more than enough. In the past few weeks, if the maternal scales are to be believed, I have lost three pounds. Without trying. With chocolate. Weighing myself after my run, I was at my lowest since, oh, the first year of university when I was unhappy, dieting strenuously in order to achieve a degree of control, in the gym or the swimming pool every other day of the week on top of ballroom dancing, and had a BMI of less than 20. I put today’s weigh-in being a bit low down to also being a bit dehydrated at the crucial moment. However, I’ve got a new pair of Jaeger trousers from the Sue Ryder shop, and, frankly, they will look a hell of a lot better if there’s a bit more bottom inside them.

So I’m sitting on the sofa failing to eat any supper as I’m full of cake from teatime, and I can’t be bothered to cook. Because that’s really going to help matters. I am contemplating a gin and tonic, having not had one since late February. Lent is finally over: and I’ve had no gin throughout.  Oooh! I have some lovely gin chocolates to scoff too, and I can scoff them now! Hurrah!

The weekend at my parents’ has been full of technological challenge. The weather station still isn’t working, but the TV upstairs now has the correct aspect ratio, my Mother’s new phone is properly programmed and she’s nearly got the knack of reading text messages and picture messages. We may have chosen a mother-of-the-bride outfit, and we’ve got two contingency plans.  We’re going proper shopping on Saturday. There has been a great deal of wedmin (and one steaming row, with the practical upshot that I’m now in charge of contacting the caterer and under instructions not to pester her, which is interesting to say the least, given that she’s not been given proper information about all the allergies despite my spending quite a long time collating all that information for her. It’s not helpful to tell her “and one person with all allergies, but can eat plain food eg. meat potatoes” when that person’s allergy list includes milk but does not include wheat! Plus I’m not allowed to ask her “how much wine” or indeed “when can we discuss”. Frustrating).  A massive email has been dispatched to the church as we realise a. we’re not on the electoral roll and b. we have no idea what’s going on with the choir (bellringers, yes, choir, not sure, organist incommunicado, vicar needs to be told not to give a sermon longer than 15 minutes. I’m not sure he’s actually capable of this! Today’s was 18.).

Anyhow. We were coming back from Lisbon this time last week. It was lovely, sunny, warm. I have put most of the pictures on Facebook, but I know not everyone is there, so there’s a selection here. It seems that I love tiled houses, things that are falling to pieces, stray cats and N. So that’s OK. 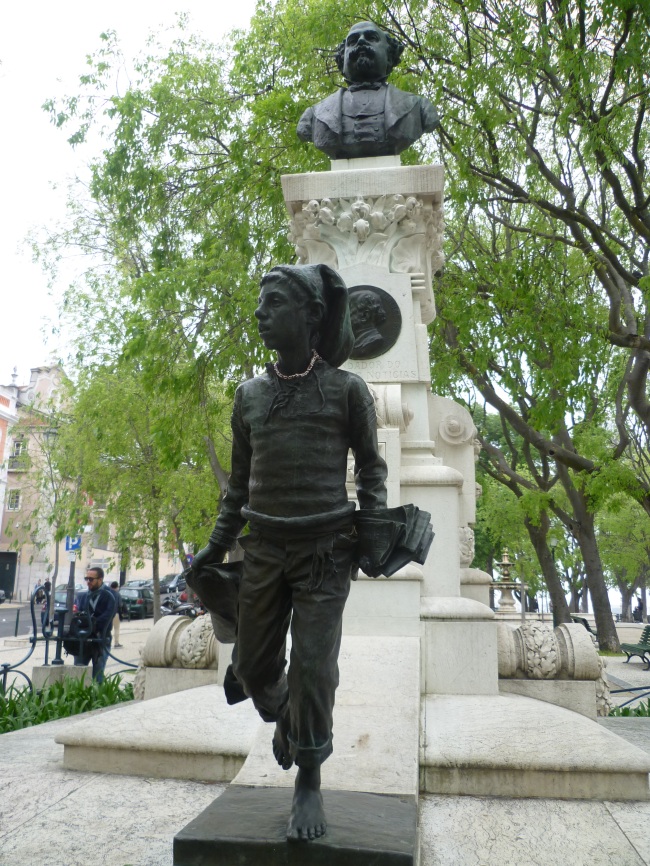 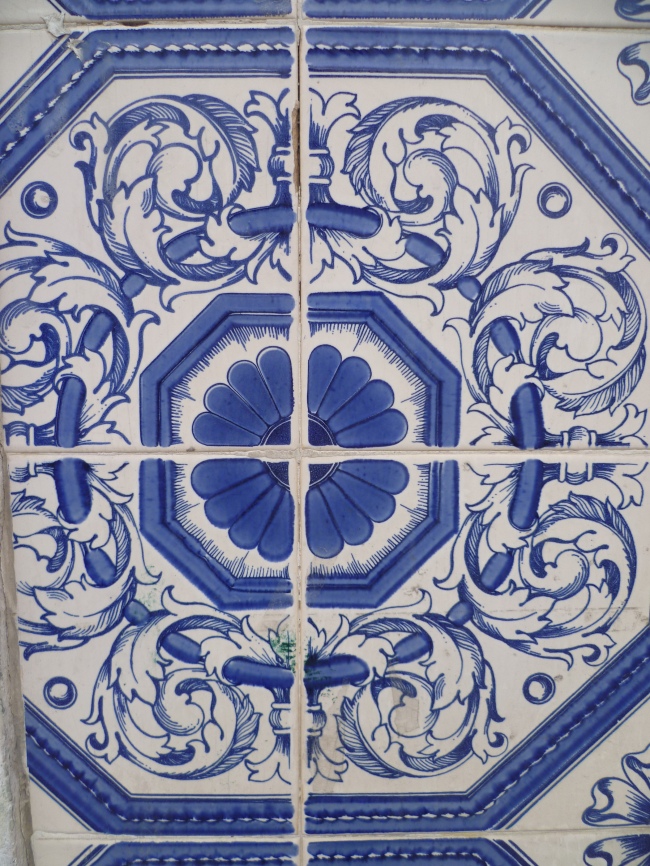 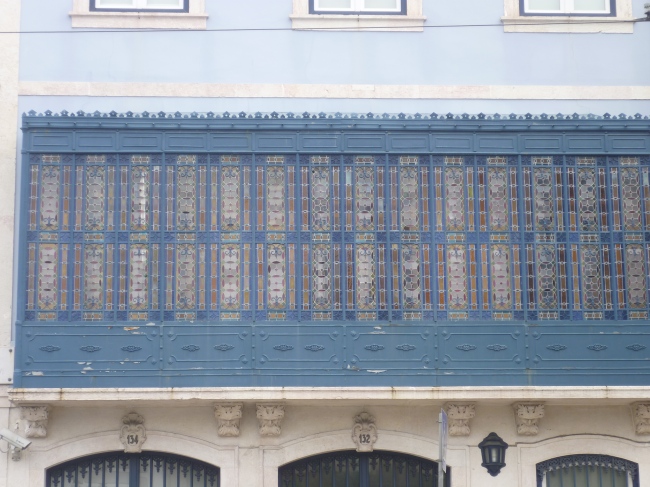 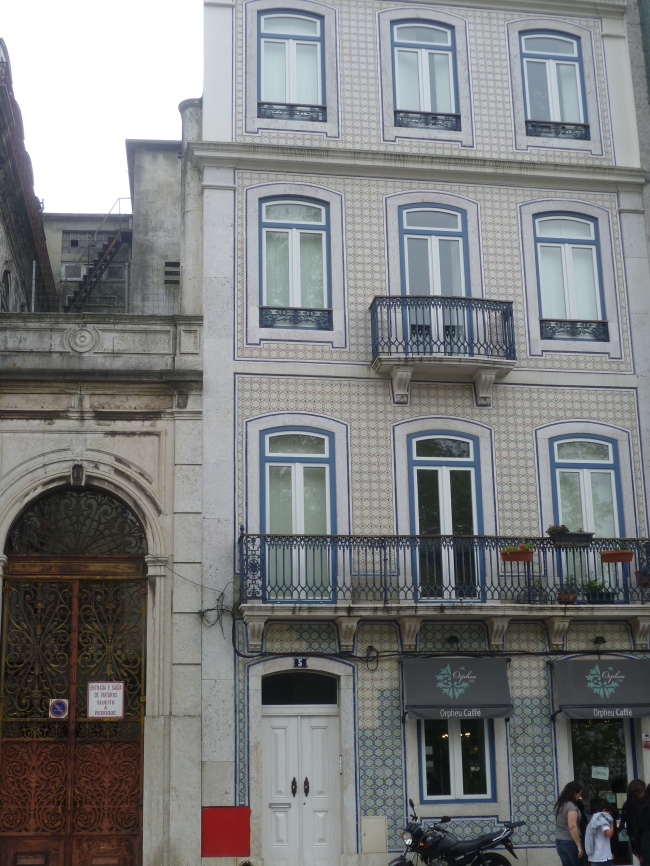 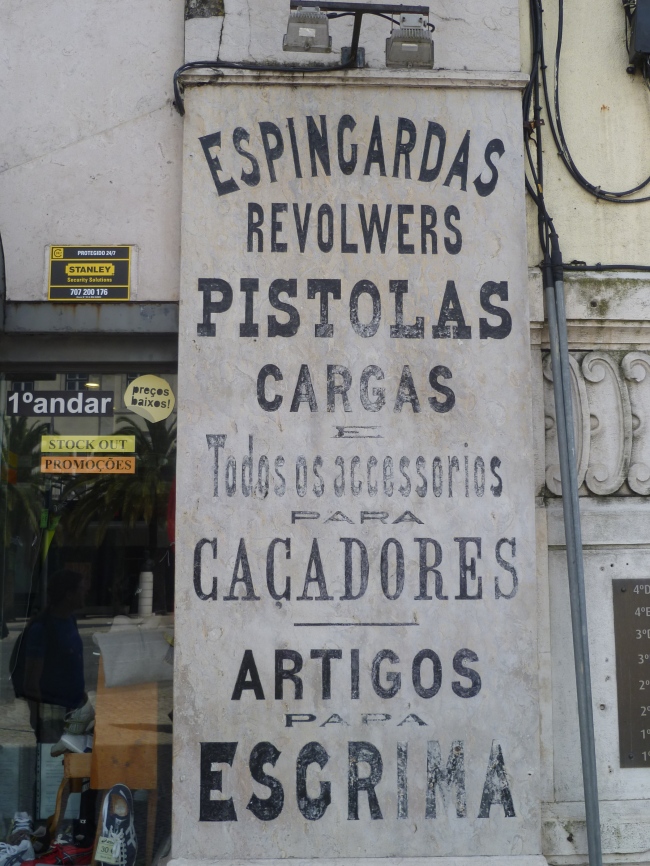 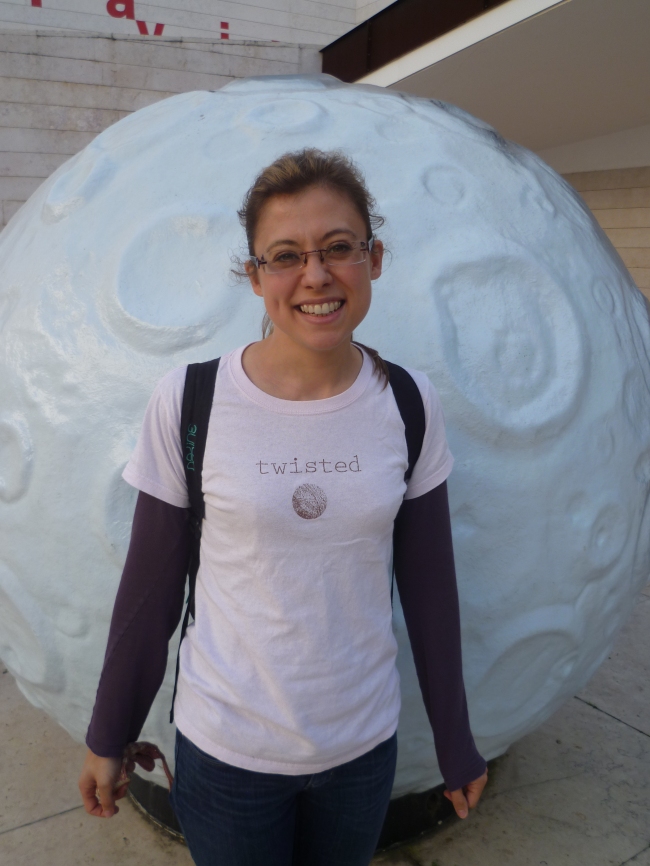 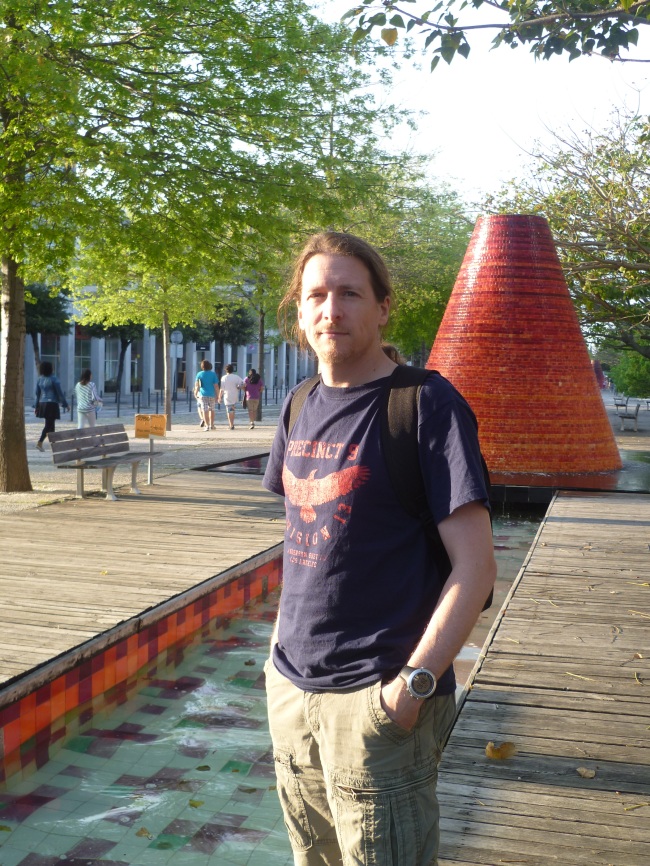 Sporadic posting brought to you by five weekends running away from home. The fifth is yet to happen. And then I have written into the diary that I am not going ANYWHERE apart from day trips until the late May Bank Holiday when we’ve got a fairly thrilling Brownie Camp planned.

Well, I’m excited. I’ve running the wide game for them.