Most days, running past the zoo, I see camels. Occasionally, a tiger. More rarely, the tapir.

Today, for the first time ever, two meerkats were sitting up and taking notice!

It is all about the running right now. It’s going to stay all about the running until after the Berlin Marathon (26th September). Only 8 weeks, 4 days away. I am now halfway through the training plan: and, my god, am I looking forward to tomorrow’s lie-in, instead of prising myself out of bed at approximately six am to go for a run three mornings a week. I ran 6.6 miles this morning. 7 miles three mornings last week. 7 more miles are planned for Thursday. I’m going to need new shoes before the race (my shoes tend to die at about 300 miles: after that point, I start getting sciatica and other injuries. I’m at 225 miles already. The shoes were new 8 weeks ago).

I would be looking forward to this lie-in more, but I have to be at work by 8am tomorrow, so it’s actually not going to be a huge lie-in. Leaving at 7.30am means getting up somewhere between 6.30am and 7am. Poor N still needs to go for a run (not sure how far, I’m failing to keep track), and will thus provide early caffeination.

There has been a lot of caffeination. And falling asleep on the tube on the way in. And going to bed extremely early. And generally being awful at socialising. And falling asleep on the tube on the way home. And, once, falling asleep at my desk (not a proud moment. I have taken Steps involving Caffeine in order to prevent this recurring). I skipped yoga a couple of times, figuring that if I want to fall asleep (which I did during ‘relaxation’ period), I can do that just as easily at home. Gentle yoga just felt like too much effort. Perhaps I need to up my iron intake?

Sunday was a case in point with the generalised exhaustion and lack of go. Got up. Ran 17 miles. Was overtaken by Eton (his marathon pace is about 6 mins/mile. We have a similar route for long runs, there not being that many options for lengthy runs that don’t require thinking in the London Metropolitan area, and he went belting past at mile 4.5. I think he belted back again while I was having a loo break in the bushes at mile 6…). I went to F’s birthday party. The Morris Dancer was there, and tried to flirt with me (why? WHY? Does he not grasp that I’m married and that this is Not Appropriate Behaviour?), with N mere feet away from us. All rather disconcerting, and I just Did Not Have the Spoons. I achieved some more spoons once I’d had some of Gordon’s wonderful spanish omelette and a Negroni, and some jelly and cream. By that point, though, I think I’d offended the guy. Although: why am I worrying about this when he’d offended me in the first place? It was his behaviour that was inappropriate first. There is really no need for quite that much touchy-feely-ness…ew. *shudders*  The rest of the party was quite fun, but I didn’t socialise much. I hung about on the edges. I watched. I threaded a new beady bracelet (must take a picture of that and share it). I drank tea. I nibbled. I gently conversed with people who’ve known me for years, but didn’t really bother with people that I find a strain. It was quite lovely, really. 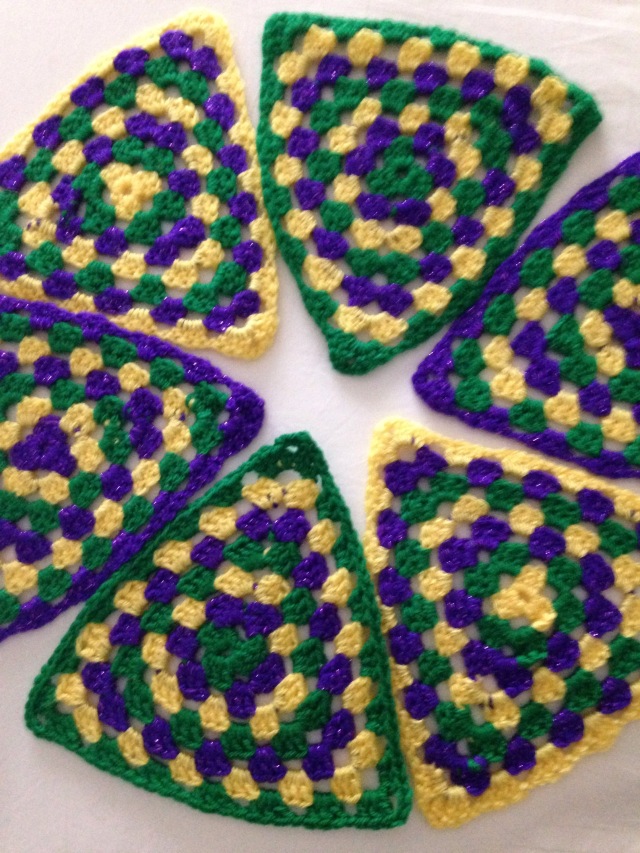 I’m not sure we’re going to make it to enough Proms for Last Night tickets. We’ve been to one so far (and bailed at half time because, yes, I was falling asleep).

On the plus side, I’ve nearly finished a pair of mittens, I am 3/4 of the way through Les Miserables (it got a lot easier when I stopped worrying about the political dialectic and decided to skim the really boring bits. I’m far more interesting in what happens to Jean Val Jean and Cosette and Marius than anything else). I’ve started Parade’s End, and feel it’s a bit Post Modern and confusing. I’m reading another Harry Dresden book. I have The Lady summer edition to play with (I’ve found all the differences in the Spot The Difference. The LadyGram still eludes me completely). I’m doing Sudoko on the tube.  N made an awesome roast dinner last night. On Thursday we’re going to try something from Clarissa Dickson-Wright’s “Potty” cook book, which involves eating up chicken, and peanut butter, and coconut and lemongrass. I’m mourning the end of Ru Paul’s Drag Race, but plotting some new music for the iPod based on a megamix I found on YouTube.

The flat is still reasonably tidy. The new house: I’d love to know when we might exchange. It’s been months (literally) since we put in the offer. We are in danger of eating our way through the freezer and then filling it up again, although it could do with a thorough defrost in the interim.