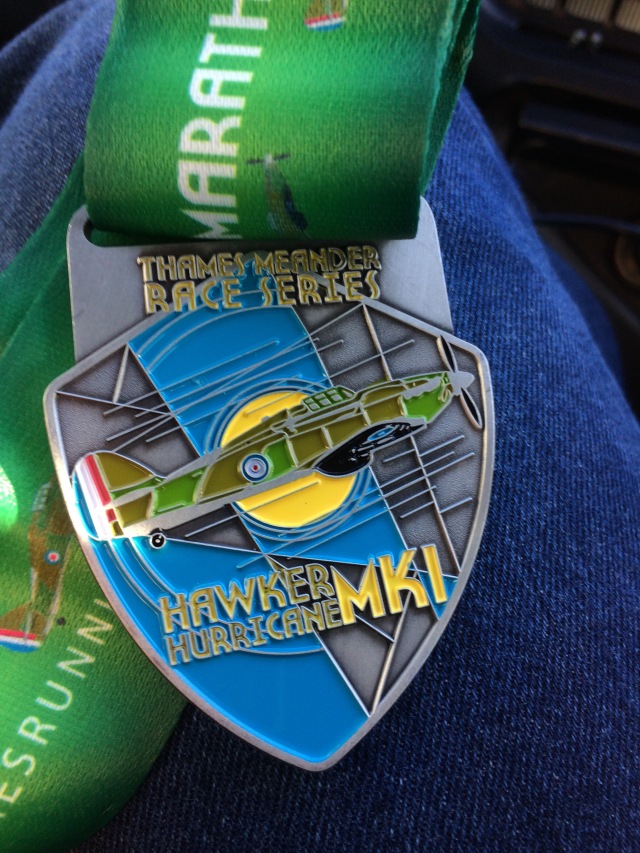 My shoelace came undone. The last two miles were a hideous dodge-fest along a narrow pavement (with runners going in both directions – it’s an out and back course with two turns), and I wasn’t really aiming for a PB anyhow, as it’s a bit traily at times, and bumpy and lumpy and I use that as an excuse for not being fast. Hmmm.

Still knocked 5 minutes off my course PB, so we’ll take that. But I do not like the course now – the last time we ran it, a year ago, it only had the one turn, and didn’t have the bit with the narrow pavement. And, of course, if it’s not a closed pavement, and by the river, and nearly lunchtime, there will be people, children wobbling on bikes, buggies and so forth, and that will slow you down. Didn’t help that the boat club that you pass twice in the last mile had a regatta type thing going on as well. What was one of my favourite races is no longer. Where there are people – you have to be super careful. It’s not worth ruining the reputation of a race for a PB. I did get a bit muttery as I got stuck behind a small child on a bicycle…

I nearly cried at 12.8 miles. I didn’t quite think I had anything left. Then I actually told myself to dig deep, got on with it…and just didn’t quite achieve.

Oh well. With the delays to IVF, I’ve got the potential for at least one more half this year. I am about as fit as I have ever been. It might just work.

I’m blaming the shoelace, mostly (why? Why did it go at 3 miles? It has not done that before, in 80 miles of use…)

And: it’s far easier to focus on the half marathon than it is to worry about the state of the world. Trump with nuclear weapons? Terrifying. Trump’s supporters if they don’t win? Terrifying. But, I cannot do anything about it. So I will just have to hope.

2 thoughts on “Thames Meander…Oh. So Close.”