Rosy! And says that he can feel the pacemaker going off: so this was obviously something that really needed doing.

Quite a long scar, he’s not allowed to move his left hand above his head for 3 weeks, can’t drive for six (and has abandoned plans to mow the lawn in the interim….).

He looks much perkier. In a sort of ‘I am recovering from minor surgery’ manner. So all is good.

On the minus side, I got a chip in the windscreen of the car on the way back. How? HOW?!

I’m having an epic fail to concentrate on work: Dad’s having a pacemaker fitted more or less right now (following fainting and falling over a couple of times before Easter: not something you want to be doing while on blood thinners, as it can get very messy), and I’m quite simply disinclined to pay attention to what I should be doing.  It’s all done under local anaesthetic, but one still worries a little bit. Daddies are important! I reckon the pacemaker’s long overdue, so this should improve his quality of life a bit. He’s just looked exhausted a lot of the time.

Nick STORMED Boston Marathon in 3:44:32, on a ridiculously warm day. I positioned myself right at the top of Heartbreak Hill for a sweaty kiss, but didn’t manage to catch up with him before the finish line. I’m very proud. He didn’t overheat. He didn’t collapse. It wasn’t his fastest marathon (3:22:25 at Berlin) nor his slowest. Boy did well. He’s having a bit of time off from running so hard – it’s been 2 years since he started the Boston Adventure, by training for Berlin, and he’s keen to get back to cycling. I believe a fourth bicycle is being eyed up. I got to see Emerson College. Way way back, as a teenager I entered a short story competition hosted by it. And I got a commendation! You wouldn’t believe it, given my haphazard writing style now. 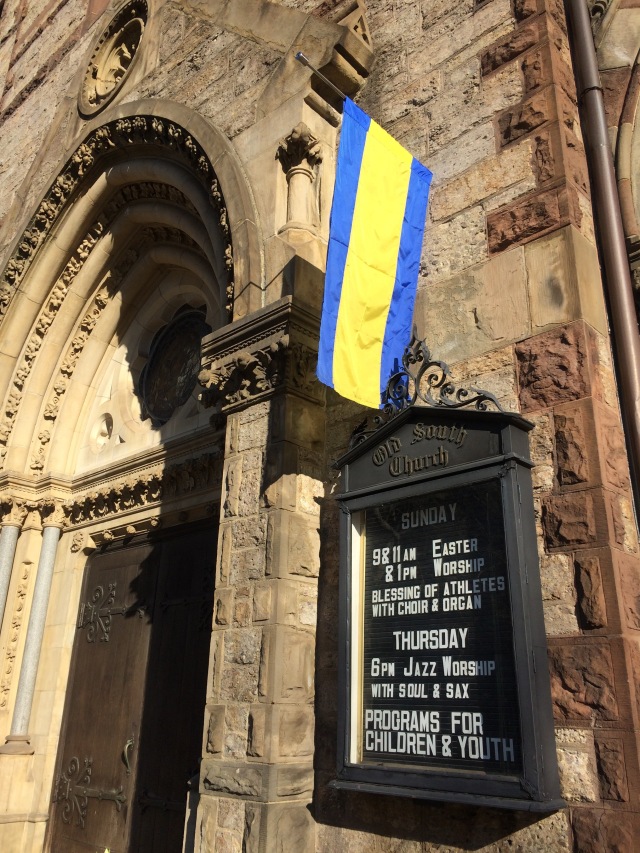 We went to the Blessing of Athletes. It was brilliantly bonkers. Queuing round the block to get in. White ribbons to wave every time the word Alleluia was said (or sung – and we rounded off the service with the Hallelujah Chorus…), a full brass band and a bagpiper. Very welcoming: I have no idea which stream of Christianity we were in, but I heartily approve and I wish more churches were like that. Even N, who is atheistic, enjoyed the proceedings.

It was a lovely viewing spot…

The Amtrak to New York from Boston is lovely. Ditto from NY to Montreal. So much more civilised than cramming into a plane. And more environmentally friendly. I did have an awful Clomid-related meltdown on the second Amtrak. I really do hate the stuff (even if I am now, apparently, ovulating! Woo hoo!). The depths of despair which I end up plummeting into on day 3 or 4 of taking the things really makes me question if I’ve got the mental fortitude for IVF. On the plus side: I’ve had a CBT appointment, so hopefully we can get me slightly more sorted out and calmer, trying to do less, and trying to be less wound up. My MiL has done some woo-foot reflexology on me, and I am supplementing, and eating oily fish, and avocado, and egg, and proper dairy, which should help with progesterone levels in the second half of the cycle. TMI? 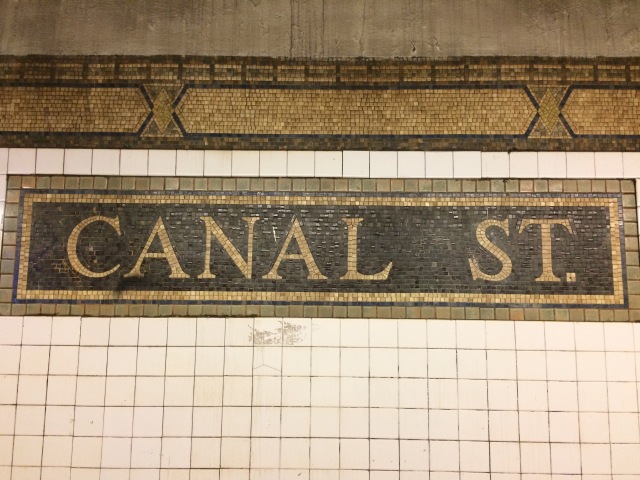 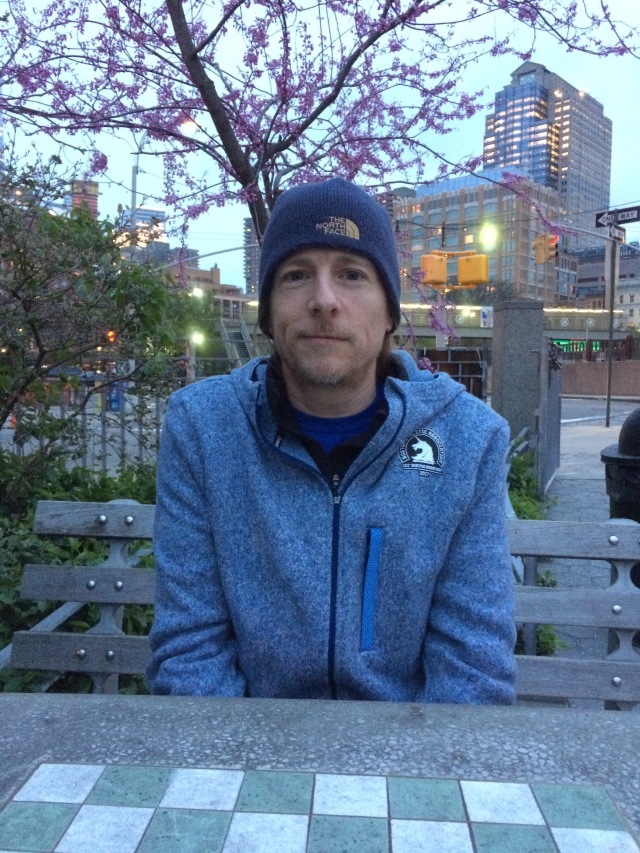 Ate the burger. Polished off the milkshake. Wandered round for about an hour saying ‘that was AWESOME!’ on a total sugar high. Probably won’t repeat the experience, but man, did it make up for the time I turned down a super-duper ice-cream sundae on the grounds of having cleaned my teeth (my parents had fused the lights in the hotel room by making tea. Or, rather, failing to make tea. Mum and I were reading in the corridor, the concierge turned up, said ‘oh’, disappeared, reappeared with said ice cream. Mum ate it… Such a typical 7 year old move). 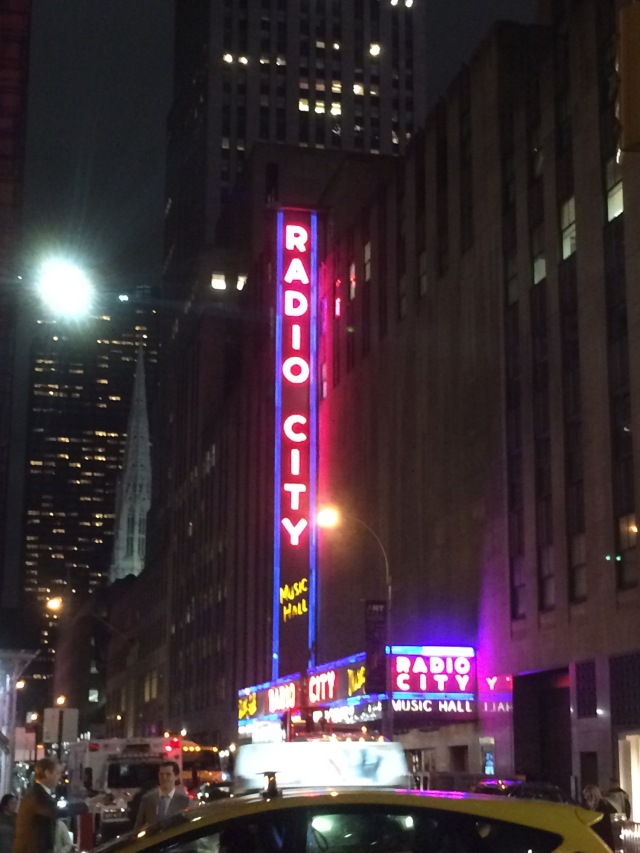 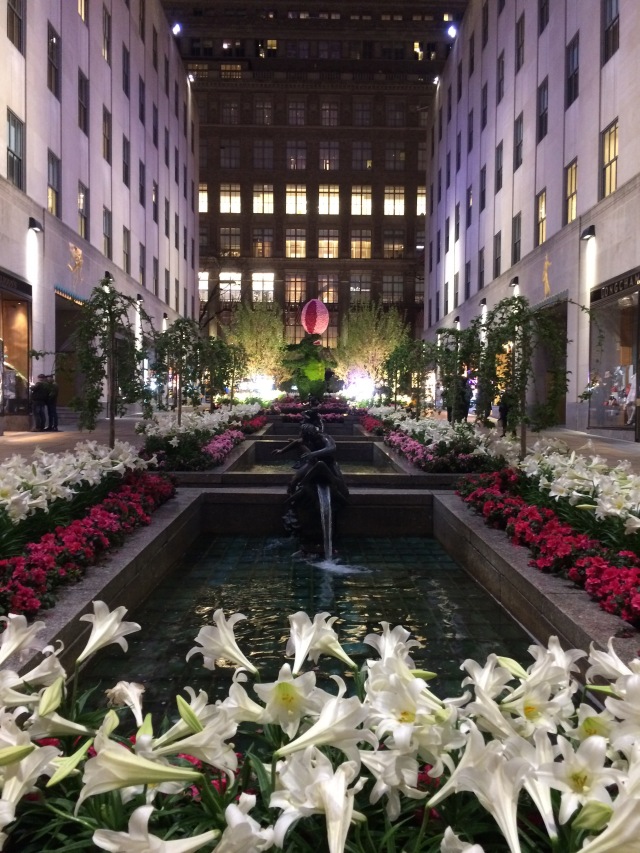 Montreal’s lovely. Really really excellent food. And a bonus 5km race, which I stormed in 25:29 chip, a full two minutes faster than the previous parkrun, and one minute off my PB. It was cold, wet, and a nice flat course with lots of space. Even went onto the F1 Grand Prix track (briefly). We’d visited that the day before, and stood in pole position. Can’t imagine just being able to wander round the Grand Prix track at Silverstone, but here it was open for all to use, and had a couple of damp looking cyclists doing laps. 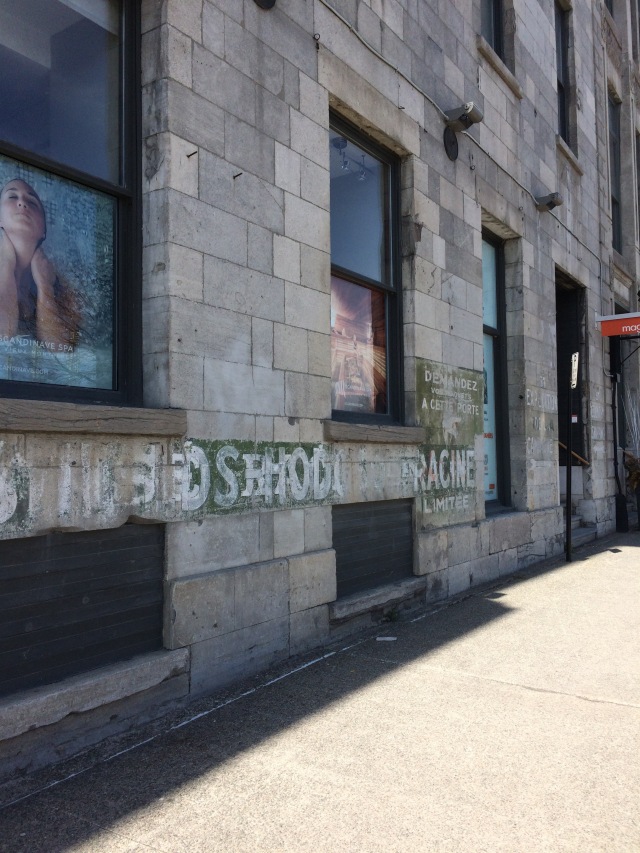 Since then, I’ve been running in a jetlagged fug. It always takes me a good two weeks to recover back from a trip over the Atlantic. It’s a lovely problem, but frustrating.  I’ve also had a lot of early nights, particularly this week, being on call and wanting to be at my desk by 8am. Which doesn’t sound fearful until you take into account the fact that I need to be on the 6:46am train in order to achieve that.

And, the Science Day I’m organising for 200 Guides seems to be coming together nicely in the last week – I was panicking. Now I’m energised.  There is still a LOT to do this weekend.

Knitting is occurring too. Right now, I have a Color Affection on the needles for F, some socks for L (no link, I want to surprise her), a sweater for me (not going well, I have gauge issues) and a little cardigan for J, which I’m going to Swiss darn the flowers onto.  I think this will look better than intarsia. And the number of ends to sew in will be the same.

Email from Mum (so apparently not urgent, at least, not by the standards of an 80 year old). Dad’s had double vision, fell over yesterday and cut his face and chipped his tooth (never does anything by halves. Still won’t tell us why there’s a chunk out of his nose…that’s been a mystery for about 4 years now). The nurse patched him up yesterday, but, apparently, didn’t enquire about double vision (why not?).

Mum refuses to have me go up there, but did promise to phone various neighbours, whom I am sure will go round and have a cup of coffee with her for a bit. She can’t drive to hospital (all the dizziness has meant she’s not been out on her own for over a year), but will get a taxi if required.  I’m generally persona non grata when Dad’s ill (not by choice…he just doesn’t like having me around if he’s not able to be the full protective Papa) so I’m sitting and trying not to fret.

Thing is, I’m not sure this isn’t the end of the beginning, as it were, and it’s just going to be an inexorable decline over the next couple of years. Which will suck mightily for all concerned, even if it is inevitable after 70-odd years of living life, and carousing more than is good for you.  And I’m just not quite ready for that yet.  Particularly given that there will be a requirement to be stoic and good tempered about it all. Because that, apparently, is how we roll in this family. Except when we don’t.