We had a lovely trip to Stockholm a couple of weeks ago (even if it did play havoc with the half marathon training, already more than decimated by that chesty cough thing). Out on a Friday, back on a Sunday. And some glorious meandering in between.

We also ate elk. Which is essentially the same as American moose. And we took a few pictures.

It took a wee while to sort out our room, so we were given free drinks (result! Alcohol is stupid expensive in Sweden)

We had dinner with my Ninja goddaughter, who was on fine form, got back late, and slept.

Saturday was a little packed. We went to the Vasa Museum to see the ship that sank on its maiden voyage (it managed about 20 minutes afloat). There was yarn on board. 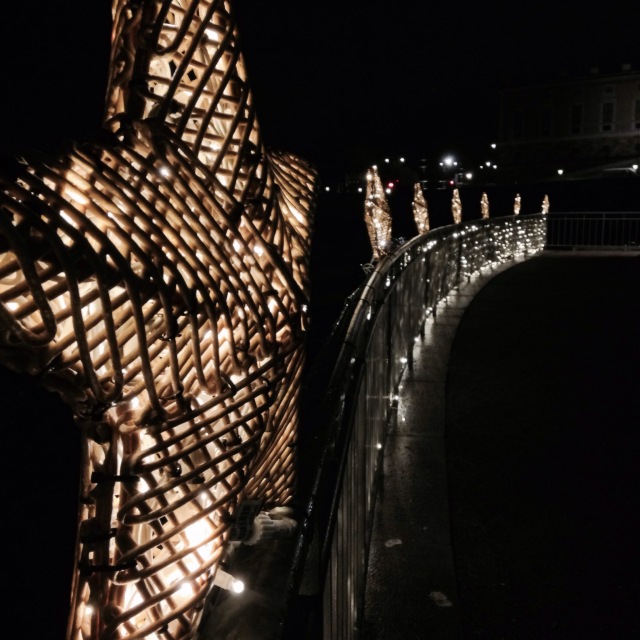 We skipped the ABBA museum as being expensive, and tottered off to a Glogg party. There was herring. And a fabulous Christmas Tree. It was next to a brewery. The perfect location for a house. We want to move into it. 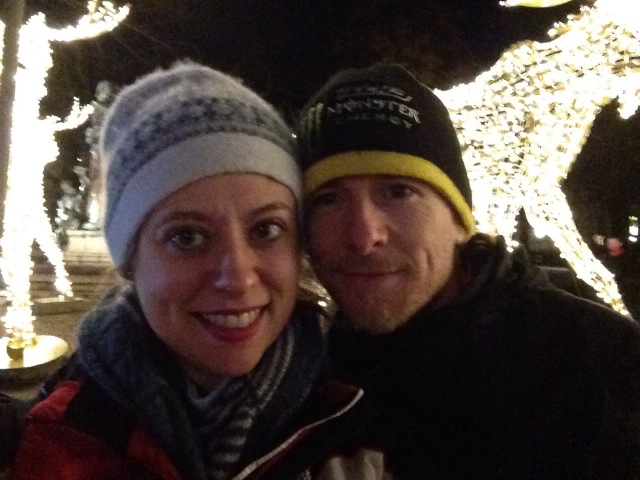 There were more møøsen on the way home. By this point we were a bit silly on potent mulled wine and channelling our inner Monty Python. Doesn’t take much. 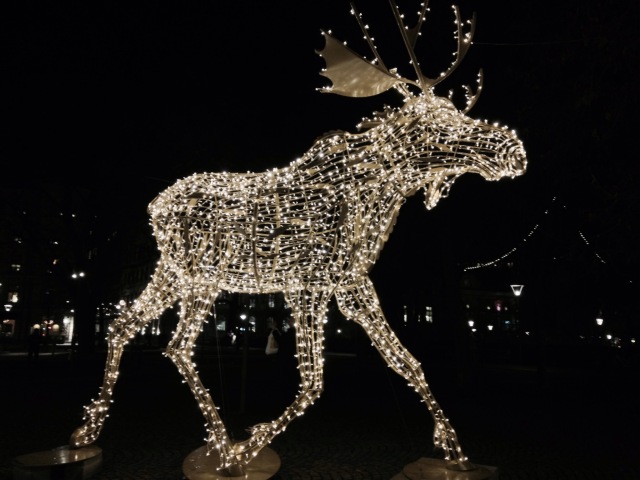 N had the biggest rack of ribs ever. And still had room for beer after. He found the most expensive beer ever that night. We did not buy it. 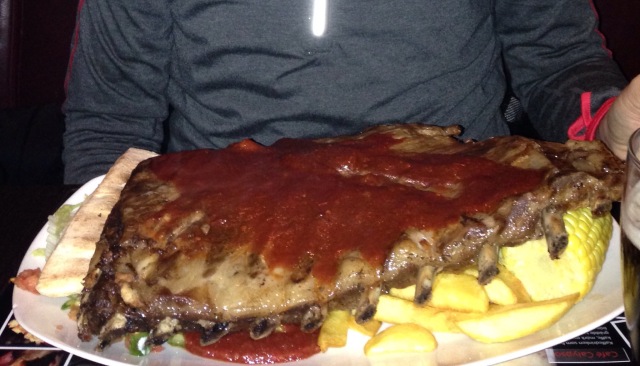 Sunday began with pretty coffee in Wayne’s Coffee Bar. And a meander. And some more Glogg. It keeps out the cold. 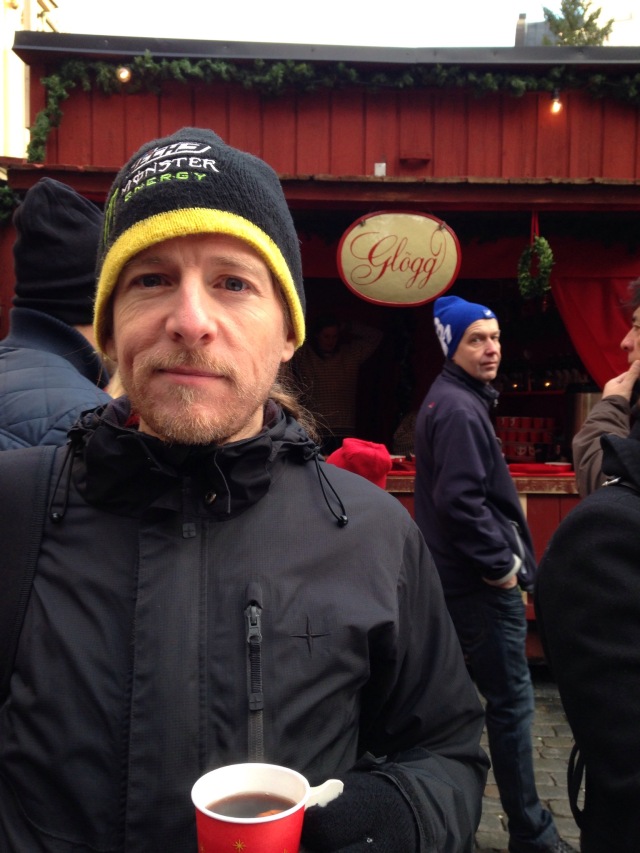 And we went to the zoo in Skansen (a sort of outdoors museum). There were otters! And wolves (looking unimpressed). And Lynx (who eat a kilo of meat a day). And bison (who are all descended from 12 ancestors, bred in captivity. Bison are now back in the wild).

And then we had to come home.