On Friday, I went to the Dr Who Festival, and had a gorgeously lovely time. It was, I will not deny, expensive for a day out. Or so I thought before I spent about two hours at the London Aquarium. We were nine hours at the Festival, saw everything, didn’t feel pressurised to buy anything. The Aquarium, by contrast, was full of efforts to make us spend, and felt dingy and old and crowded, and, essentially hell on earth. And I would have felt that without the pressure of trying to keep track of 6 Guides. It was rather lovely seeing B make her promise as a Guide, having also witnessed her make her promise as a Brownie, but, oh! Never again to the Aquarium (or, possibly, any Merlin attraction). Overpriced, overcrowded, overheating…

Have some photos of the festival (when I’ve uploaded them from the phone). That was far more fun. We saw special effects, we saw Peter Capaldi, we saw Missy and Osgood. There were some terrific cosplays (isn’t the teeny tiny 12 CUTE with his electric guitar and sonic sunglasses?!). We got a sneak preview of Saturday’s episode, we heard Mark Gatiss and Stephen Moffat explain STUFF (the sonic screwdriver should be back, too, according to PC). We chatted to the SFX guys, and we think we may have wangled some work experience for Morris N (she came with me because N had to work), and it was all Brilliant! 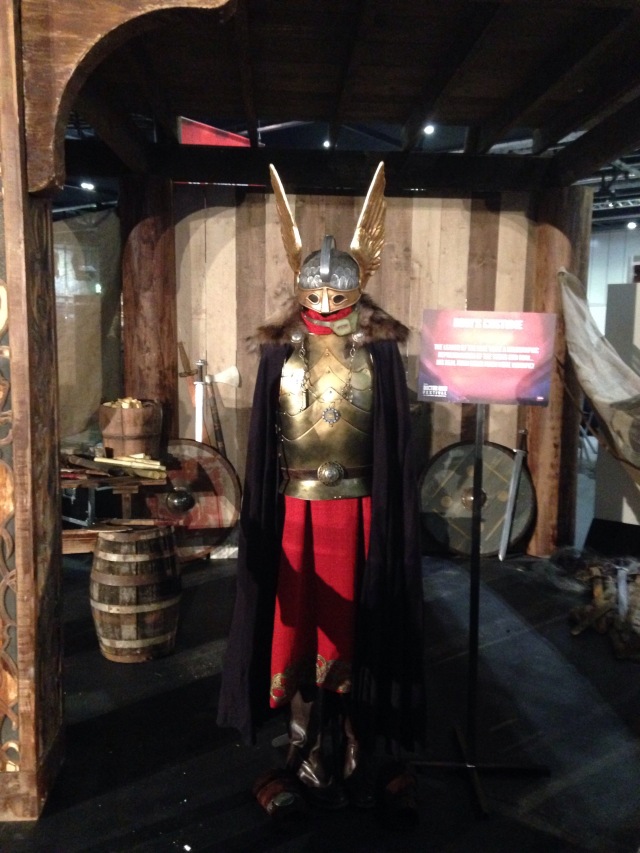 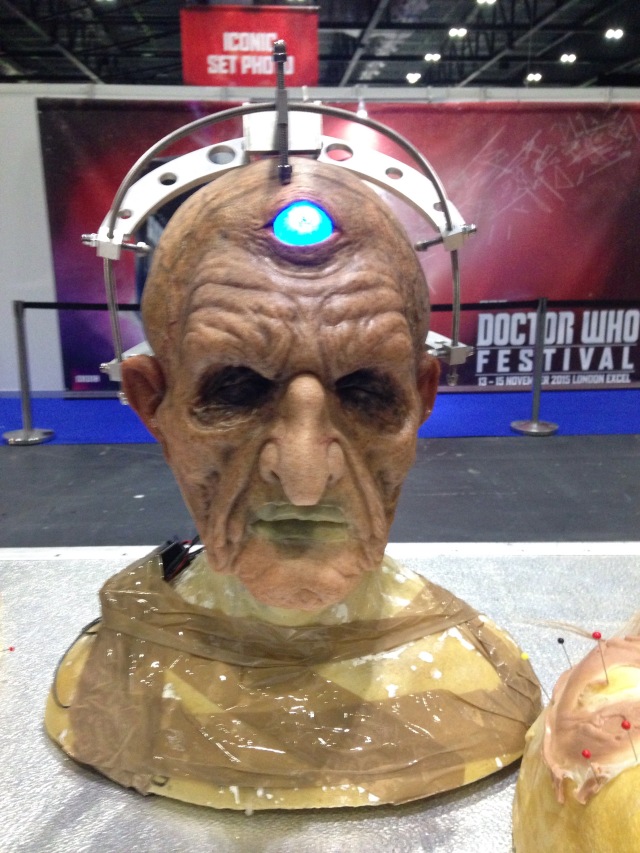 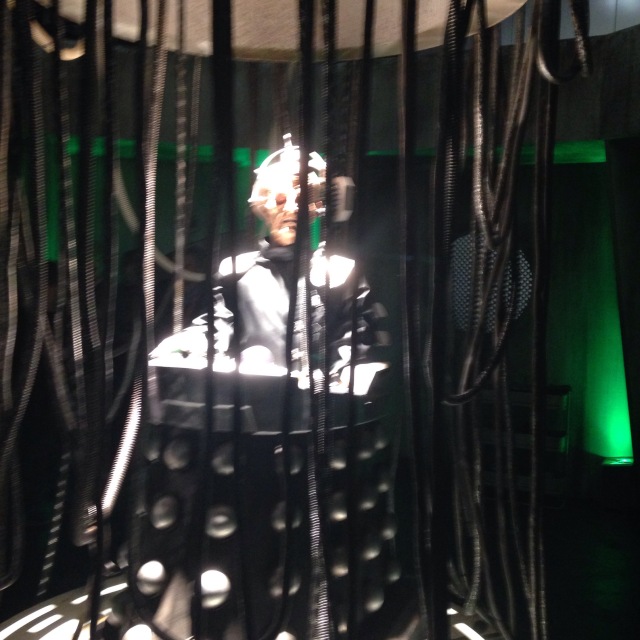 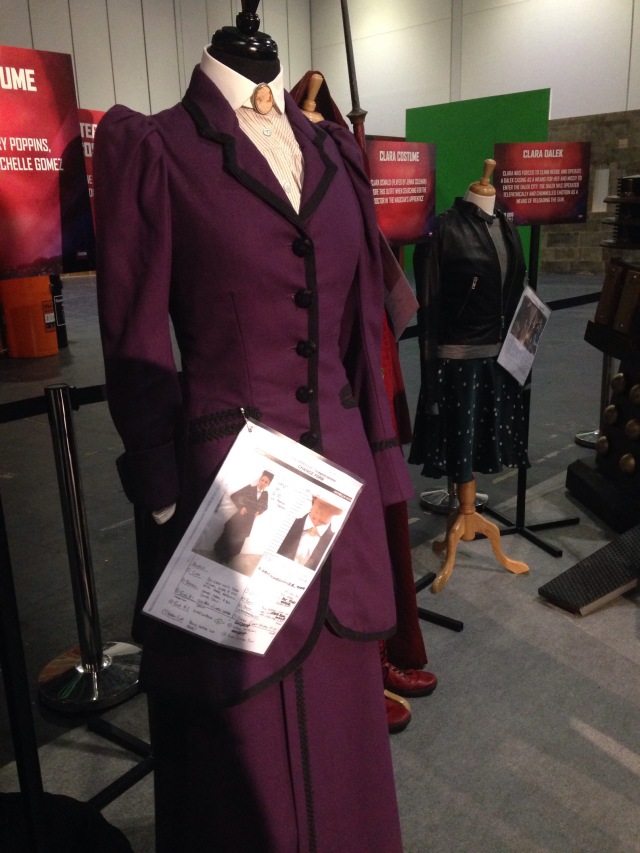 An overexcited chipmunk wants to take out a Dalek. 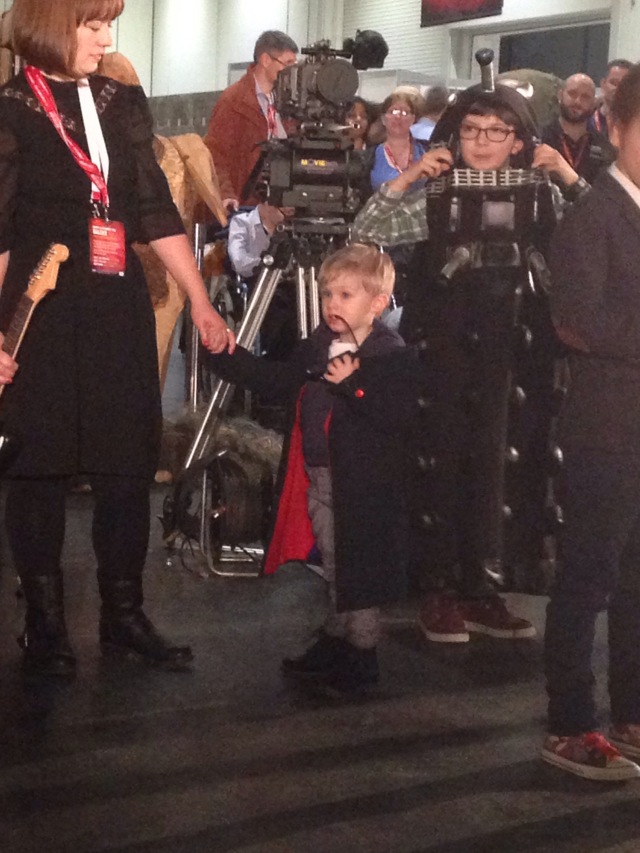 Also Brilliant was the Guides sleepover on H.M.S. Belfast on Friday night. Frankly, given the events in Paris, we couldn’t have felt safer at that point. Warships have a comforting bulk to them. The chap who was looking after us was ex-navy, had the shiniest shoes known to civilian life, was extremely posh (reminded me of The Boy), and would broker No Nonsense whatsoever from the girls. We are going to adopt some of his strategies. “There is no cake for being the first in the queue.” “Do not interrupt, I will answer all questions at the end.” “I want to see the colour of your eyes…”. He also had a nice line in the withering put down, but did not over-use it.  No pictures. I failed at pictures. I generally do when away with the girls nowadays. Mostly because I don’t take a camera anymore, and don’t want to fiddle with the phone in front of them.

Sunday I recovered, ran (speed is improving, very slowly), and we started packing. We’re going to need more boxes. And some of those immensely strong bags from Sainsbury for all the books (a tip from K). I have finally written out the notice for the cleaner, and put out some extra cash in lieu of actual notice. I feel utterly dreadful – she’s been cleaning for Em and me since about 2005, and I have given No Warning At All. We move Wednesday week, for crying out loud (and I can’t type that without beginning to panic a bit, so we shall move swiftly onwards). During the brief packing session we had on Sunday night, N & I discovered that between us, we own 5 copies of Withnail & I on DVD. I have the basic version, the 20th anniversary edition with CD and the 25th anniversary edition. We may need to retrieve the 20th anniversary edition from the charity shop – I have a feeling that’s the only one with the soundtrack, and that N doesn’t have a copy of it. Yes, we only really need two (one to watch, one to loan). Five is a tad excessive. We also appear to have duplicates of classic Dr Who. I’ve definitely married the man of my dreams.

I’ve cast on for a new hat. The yarn is Jamieson and Smith, part of their Winter Accessory Knitalong. I could not have curated such a lovely set of colours. My main colour is the deep blue, and I think that Saudade is going to look a bit swish in the shades of blue and neutral I’ve chosen. I was going to knit mitteny things. But I decided I wanted a hat more. I am being an extremely selfish knitter this season. I’ve done so much knitting for other people/events, that, frankly, I wanted some more woolly loveliness for me. Despite having a ridiculous quantity already.

I wonder how many knitted socks I possess? I may have to get them out and photograph them before packing them.